What does it mean to be a real man in the 21st Century? 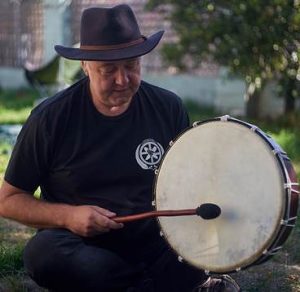 The rise of feminism and the shift towards a more earth-centred paradigm has meant that the old models of patriarchal manhood are no longer acceptable. But our culture offers little in the way of healthy alternative masculine role models. Instead we have:

Mike offers mentoring to individuals of any gender or sexual orientation, helping them to connect to their own inner, authentic masculine energy. Getting there involves a “Hero’s Journey” – an archetypal pattern of leaving behind what is known and familiar, overcoming fears and engaging with your own shadow –  and through that, learning to connect with your own truth, courage and strength. The reward at the end of this spiritual journey is a deep place of inner knowing of who you are, what you stand for and what strengths you can draw on in yourself and others. 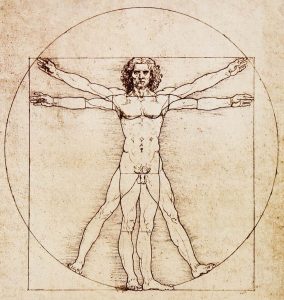 Archetypes are patterns that are hard-wired in us in the same way that the knowledge of how to fly is hard-wired into an eagle – though the eagle still has to learn how to fly. Because they are deeply ingrained in human nature, these recogniseable types crop up in the stories and myths of all cultures. Working with healthy archetypes of masculinity is a way of accelerating growth, because at a deep level, we already have that knowledge of authentic masculinity within us. Some potent archetypes for masculine growth are:

The King: The supreme archetype of mature masculinity, the King draws on the strengths of all the other archetypes, holding them together in balance for the benefit of the kingdom. The King is strong leader, manager, chairman of the board, head of the family. He is what makes the kingdom flourish, in partnership with his feminine counterpart, the Queen. The immature/shadow form of this archetype is the Tyrant who has a sense of entitlement without wisdom and responsibility.

The Warrior: The one who takes action, who skilfully exerts his will upon the world to bring about change. He fights what needs to be destroyed in order to allow something new and better to emerge. The mature warrior always serves the kingdom, not himself. And he knows his limits – which battles can be fought and which cannot. His ego is not caught up winning or losing, what matters is the bigger picture of service to the kingdom. In his immature/shadow form he is attached to the giving/receiving of pain. This is the bully / sadist / masochist / vengeance-seeker / terrorist.

The Magician: This is the one who knows what others do not know – the specialised knowledge to tap into larger forces at work in the world – both natural, economic and spiritual. By working with those forces, the Magician can achieve far greater results than he could get just from his own strength. In his mature form he has a healthy respect for the dangers of working with these larger forces and recognises that they have their own path. In his immature/shadow form, the Magician believes that he is in control of these forces and seeks to use them for selfish manipulation in ways that are ultimately destructive and self-destructive.

The Lover: Poet, artist, sensualist, musician, soul-dancer. The Lover delights in living, moment by moment. He is wild, free, passionate, spontaneous, deeply in-tune with his body and his emotions, also deeply connected to nature. He can gaze into his lover’s eyes in full naked presence and vulnerability. He can weep in the depths of loss and in the heights of ecstasy. In his mature form, he connects deeply but does not try to possess the other. In his immature/shadow form he confuses living with having, resulting in addictions, co-dependency and impotence.

For Men, benefits of working with Mike include:

For Women, benefits include:

Mentoring is available either in person in Melbourne or Geelong, or via phone or skype sessions.

Rate: $90 per hour (concession rates can be negotiated)

Free 30 minute introductory session to see if this mentoring relationship is a fit for you and for Mike.
Contact Mike on 0435 493545.