Who is to blame?

Innate Wisdom Connection / Uncategorized  / Who is to blame?

Who is to blame?

WHO IS TO BLAME? Who’s fault is it?

This is not something we ask when things are going well. But when the proverbial shit hits the fan it’s often the first question that comes up. And right now, when so many people are struggling with what feels like a lifetime’s worth of shit hitting a fan of global proportions, it’s a question and a sentiment that is showing up everywhere. It’s a question that comes up whenever people are hurting and angry and looking for somewhere to direct that anger. Current popular targets of blame include various political leaders, certain wealthy individuals and corporations, the Deep State, the Illuminati, various ethnic groups or genders or even nations.

The reasons are understandable, and some people undoubtedly carry more responsibility than others. And I certainly don’t want to blame anyone for looking for someone to blame. But ultimately this quest (in it’s most common form) is toxic and just adds more shit to the pile that we have to collectively deal with. Let me explain:

Many of us grew up in environments where someone was always to blame. We may have seen our parents arguing over who’s fault it was that things weren’t working between them. We may have experienced the feelings of terror, guilt and/or shame when we broke some valuable item and wondered if we could get away with blaming someone else for it – a brother, sister or the family pet.

But here’s the thing: Did finding someone to blame help solve any problem?

It solves one problem (which is why it’s so prevalent) – the problem of what to do with our hurt and anger. But it doesn’t help solve the problems which gave rise to our hurt in the first place. And in fact it only provides temporary (and limited) relief from our hurt and anger. It’s a bit like doing drugs or alcohol instead of doing the hard work of sorting our individual and collective lives out.

Anger is a natural and healthy response when something is not right, when some boundary is being crossed, when some value that is important to us is being transgressed. When we feel anger it is a signal to take note that something needs to change and we may need to fight for that change (in archetypal terms, we may need to tap into the Warrior energy and step up into our power).

But fighting for change does not mean violence. In fact violence (whether physical or emotional) is rarely, if ever, an effective way to bring the change we want.

I once read an interview with the actor Ben Kingsley who played Gandhi in the 1982 Oscar-winning bio-pic. In the interview, Kingsley said that he thought the key to Gandhi’s character was anger. When I read that I almost fell off my chair! Gandhi is known as the founder of non-violence. And yet I know the truth of Kingsley’s insight. Gandhi’s long non-violent fight to bring change in India and South Africa was driven by a powerful anger at the injustice, racism and exploitation he witnessed. His aim wasn’t to hurt and punish the British. He fought to remove the evils of colonialism.

Traditional cultures who still initiate warriors know the value of taking adolescents whose anger is undisciplined and unfocused and training them to control and skillfully direct that energy for the benefit of the tribe.

Our culture has lost that tradition and as a result we tend to handle anger in an adolescent way. Everywhere we look in films and on TV anger is portrayed as synonymous with violence and problems get solved by finding the bad guys and killing them (or putting them behind prison bars).

As a result, when we experience anger most of us are conditioned to respond either by pushing it down (where it doesn’t go away but just emerges as passive-aggressive behaviour or gets turned inward, contributing towards illnesses like cancer or high blood pressure), or by lashing out with physical or emotional violence towards some target who must be blamed for the anger we feel.

A much healthier response would be to own our anger (instead of blaming someone else for it), to feel it in our bodies, express it with sound and movement in ways that don’t hurt anyone, and then focus this energy towards changing what needs to be changed. A healthy and wise warrior can distinguish between the problem and the person, and work towards solving the problem instead of attacking the person. Most of the problems facing humanity at the moment are systemic and can’t be solved by just getting rid of particular individuals.

Blame gives rise to that other intense and highly problematic emotion: Shame.

Like anger, shame is a signal that we need to pay attention to something. In this case it’s about the risk of exclusion and rejection.

We evolved as social animals and our survival has always depended on being part of a group, a tribe (and now, less obviously a culture and economy). Despite the myth of the rugged individual, we can’t survive on our own. Even Bear Grylls depends on tools, clothing and knowledge provided by others.

Shame is the mechanism for prioritising the group. We are hard-wired to observe how other people in our community behave, to learn the overt and also the unspoken rules of the group and then modify our own behaviour to align with that. When we transgress those rules we feel shame. We may even be shamed by someone else in the group who points out to us that the way we are behaving is not acceptable.

In its healthy form, shame is a signal that we need to modify our behaviour and bring it in alignment with the group or else risk exclusion and rejection. In our evolutionary past, exclusion would have meant death. So shame is an intense ‘life-or-death’ emotion.

Healthy cultures would use shame to try to modify destructive behaviours. The transgressor’s behaviour would be called out, the damaging consequences of their behaviour would be spoken, they might receive some painful consequence (like a spearing) but then it would be over and done with. The transgressor would get the message, modify their behaviour and continue as a full member of the tribe without forever carrying the stigma of their shame with them. Only as a last resort would a person be banished from the tribe – because people are an asset, not a problem.

Shame is healed when the thing we are ashamed of is seen by the group, dealt with (if necessary) and then we are accepted fully back into the group.

Unfortunately our own culture doesn’t have healthy practices and mechanisms for healing of shame.Instead of healthy shame that gets healed, many of us carry toxic shame – the belief that it’s not so much that I have DONE something wrong but that I AM wrong – there is something wrong with me, I’m a bad person, I’m too much and/or not enough.

With toxic shame there is no relief, no redemption. There is no behaviour to change, no easy way to come back into full open, connected community because I AM the problem. The only way to make toxic shame tolerable is to hide – to create a mask that we bring out in public. We might even have several masks for different social groups, and on the surface of each mask we might appear to be happy, successful or whatever that social group has declared as most acceptable.

But there is always the fear that someone might see behind the mask.

Whenever someone blames us, that fear gets activated. When that happens we don’t hear “something you did is unacceptable”. Instead we hear the old voices of our toxic shame – “you’re bad, no good, stupid, worthless …” or whatever our own personal version of that script is.

Another name for this is humiliation – and it is one of the most unbearable, dangerous and destructive emotions.

People carrying a lot of unhealed toxic shame will go to extraordinary lengths to avoid humiliation. They often find any criticism unbearable and will always deflect it. They will make excuses, lie, hide evidence. Above all they need to find someone else to blame whenever something goes wrong – a scapegoat.

As researcher Brené Brown has pointed out, there’s a link between blame and shame and whenever there’s a lot of blame being thrown around it’s often an indication that the blamer is carrying a lot of shame.

So, wrapping it all up, the quest for someone to blame is understandable but ultimately destructive.

A much better set of questions to ask are: “What has gone wrong? How can we collectively understand this at the deepest level? What can we learn from this? How can we restore trust where it is broken? How can we all, working together, solve this problem? Where do I need to change my own behaviour to be part of solving this.”

And part of my own answer to those questions would be that we need to do better at anger, shame, initiation of our young men and women, and we need to feel shame around things that actually matter – like environmental destruction and breakdown of trust – and feel less shame around stuff like poverty, sex, employment status and how many pretty things we have. 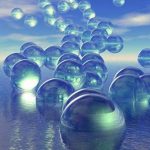 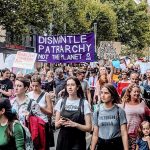