My Recent Shifts Around Supporting and Relating

My Recent Shifts Around Supporting and Relating

A guest post by Theo Kitchener, originally written as an open letter to friends and family.

So I recently went to Innate Wisdom Connection’s three week Deep Changer retreat, and holy shit it was life changing.

I came out feeling really comfortable with my emotions, in a way that, even though I’d been trying earlier, I just couldn’t. Much of the theory was the same as what I’d been practicing before. But one of the major things that had been missing, was the sense of community creating safe space for feeling things. I really needed that, in order to really feel comfortable to drop into that emotional space.

It was a huge process, to have found a taste of what emotionally safe space in community feels like, to have done a huge amount of healing and processing, and then to come back out…

…to the real world, where I had to deal with everything that was going on. I really want to keep doing that in a completely new way…but everything about society and my previous relationships was encouraging me to go back to my old ways. Which I know don’t work for me – I know because they never did work very well, and I’ve now seen these new ways work amazingly well.

It’s tricky though, because for instance, I wasn’t allowed to scream where I was living, because of my housemate’s fear of upsetting the neighbours. And you’re not really allowed to scream in public, and yet I’ve discovered that screaming at appropriate times, is just so useful! I don’t want to go back to not screaming. I really don’t. I’ve since moved in with some new friends from the retreat where I can scream and it feels much better.

Since leaving the retreat, particularly in the first couple of weeks, I noticed that I was having a lot of resistance come up around not really wanting to hang out with my friends and family very much. Basically because it didn’t feel like the completely safe emotional space I’d gotten used to being in. Although I’ve always talked about my emotions with my friends and family a lot, the processing we’ve always done, was always very thinking based. And it turns out that just doesn’t work for me. Processing things at a feeling level now works far better for me, and a lot of the thinking based stuff just feels annoying.

So I would like to share some things that I learned at the retreat about ways I’d like to be supported. It currently feels like a really different way of being to what’s normal, although many of you already get/do a lot of this already. I’m so in love with it, as a model for human relating and supporting healing. I’m also definitely not saying that unless you can do all this, that I’m going to stop hanging out with you or anything like that, just wanted to share that this stuff could be nice for me, and is where I’m currently at 🙂

I can’t explain how much of a positive difference this work has made to my life already, and being able to integrate these ways of being into my existing community and life, feels really important to me. Let me know any thoughts or let’s talk about it more next time we see each other.

If you’re interested, Theo Kitchener is starting an online course at www.liberatinglogic.com 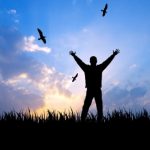 Emotions and the Healing of Trauma 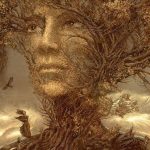