Anger is often the emotion that people are most concerned about, closely followed by shame.

We consider both are valuable emotions – they are signalling something to us. If we try and push them away, not feel them, deny them, judge and block them, then they only come out sideways … unconsciously in ways that may hurt, be destructive or not be what we mean.

It’s valuable to distinguish between emotions and thoughts. The anger is a signal that something is wrong and needs to change.

Anger itself doesn’t blame or judge. Anger is just anger, it is a natural human energy seeking to be expressed, heard and released.

But if a person’s beliefs and thought processes are that “other people are responsible for my pain”, then the anger can be directed at, and dumped on other people.

This isn’t a particularly productive or useful pattern; and let us be clear it is not anger: it is dumping and blaming. Anger in itself cannot blame or dump: what we do with anger, including repressing it, can blame or dump.

And so the other person may react with defensiveness and resistance and things escalate. What if this didn’t happen? What if you could express anger and shame in ways that are healthy, empowering, responsible and real – that didn’t blame or dump but helped us reclaim our power and integrity?

In our workshops we teach another way – not suppressing the anger, but not dumping it either:

Instead, taking responsibility to own the anger (this anger is coming up in me, I can choose what I do with it), feeling it, expressing it in ways that let the emotion move (e-motion) and does not hurt others.

There may be a choice then of taking responsibility to change what needs to change, inviting others to be part of that process if they are involved, but from a place of problem solving rather than venting and dumping.

There is no need for labeling. You are not an “angry woman” or “angry man”. We all feel anger whether we connect or admit it or not. It is a natural reaction to when something is not right.

Likewise we are not “bad” if we feel shame. Shame is a natural reaction to certain circumstances, beliefs and messages and has the effect, if not expressed, of keeping us small and holding us back.

By expressing emotions in healthy ways we change our lives in ways that are hard to imagine.

Our workshops help bring insight into the behaviours we have judged, denied and “don’t want” and what lies behind them. We learn how to express the emotions in safe, effective ways that hurt no-one. It is a wonderful game changer. 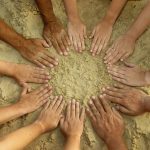 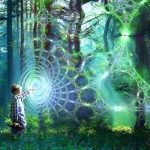